A reader's review of The Last Wave on goodreads.com 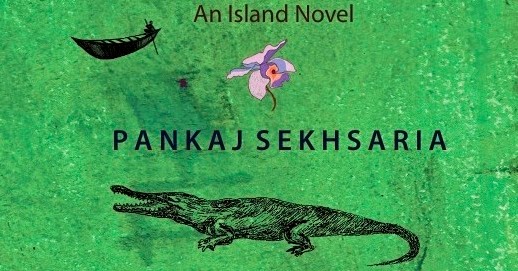 A reader's review on Goodreads.com

The main protagonists of the book are not really the characters around whom the narration is structured - viz Harish the aimless drifter turned researcher or Seema the "local born" anthropologist who lived outside the Andamans for many years only to return to study her own family's origins. The main protagonists are the tropical rain forests that cover the bulk of the South Andaman island and form the natural habitat of the Jarawa tribal population. Seema and Harish accompany David, a senior biologist, on his annual crocodile survey around the Andaman islands. And on the way they discover the many different ways in which the Jarawa reserve is being systematically exploited by the very people whose job it is to protect them. The logging policy put in place by the government over 40 years ago with the intention to preserve the forests is changing the character of the rain forest. Prof Kutty, a biologist, working with the government discovers scientific proof that the "Andaman Canopy Lifting Shelterwood System" for logging is slowly changing the nature of the rain forest to something more like the deciduous forests found on the Indian mainland. However, his reports are suppressed and Forst Department refuses to reevaluate its methods.

Poachers and hunters routinely hunt in the Jarawa forests and fish in their waters.. often leading to bloody encounters with the Jarawas, but the authorities turn a blind eye.

The policemen in charge of protecting the villages settled around the reserve are amongst the primary instigators of the hostility shown by the Jarawas as they misuse their powers and guns to hunt inside the Jarawa reserve and show disrespect the their customs and women.

The descriptions of the Jarawa community and their growing bewilderment as they are forced to start interacting with the "civilised" people is sensitively portrayed. The author also brings to light many interesting nuggets about the history of the islands and the people who settled the islands.

A very interesting read that leaves us rooting for the Jarawas and the rainforests of the Andamans. This book has raised my awareness about the battle to preserve the Jarawa reserve being fought by various environmental groups.

Posted by PANKAJ SEKHSARIA at 7:02 PM