A photo exhibition on handlooms in Bangalore 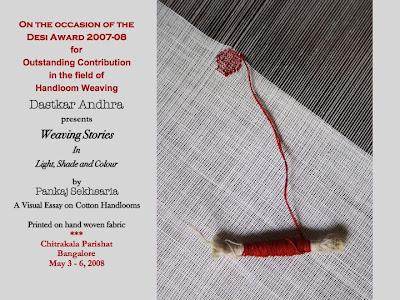 The journey from the cotton field to the handloom fabric is one of Andhra Pradesh’s most well known – the journey of many journeys: from fields to spinning wheels, from the white of cotton to nature’s blues, greys and yellows; many yarns to one elaborate warp, the warp that then makes it to the loom.
The skylight falls on the loom as the shuttle moves across in rhythmic continuity. The eyes focus, the foot moves and then the hand; thread by single cotton thread, the weft merges effortlessly with the warp – two identities dissolve magically into a third and a skilled old master might also add the extra weft for that intricate jamdani.
Craft, technology, tradition, family, livelihood…Weaving is all this and much more.

Come join us in this journey!
***
DASTKAR ANDHRA
presents

WEAVING STORIES
in
Light, Shade and Colour
By
Pankaj Sekhsaria
A visual essay on the cotton handloom fabric
Printed on hand woven fabric
***
Chitrakala Parishat, Bangalore
May 3-6, 2008
Posted by PANKAJ SEKHSARIA at 7:44 AM No comments: Links to this post

Dear fellow scientists and friends,
We are sending you a letter addressed to the Times of India, which is attached, protesting against the vilification campaign being carried out against two of our colleagues in the Indian Institute of Delhi who are trying to uphold the best traditions of people-supportive research. Such innuendo hurts us all and denigrates the value of all science. Please do let us know by return mail if you would agree to sign this letter, giving your name and designation.
Please do also circulate to others who may wish to sign the letter.

The Times of India

The High Capacity Bus System has found many ardent advocates the world over as a relatively inexpensive and efficient mass transport system. Renamed – somewhat incorrectly – as the Bus Rapid Transport (BRT) in the city of Delhi, it has been designed not only for the most widely used form of public transport (the bus carries about 40% of the 15 million passenger trips per day in the city), but also provides demarcated space for the cyclist and the pedestrian (who account for another 42%), while leaving a substantial two lanes for the private cars and two/three-wheelers (which account for the remaining 8% and 10% respectively).

Nevertheless, some media channels – particularly the Times of India – have been carrying on a sustained campaign against the first BRT corridor being constructed in Delhi calling it, amongst other things, a "manic mess", "killer corridor", and "Tughluqian disaster". These various newspapers and television channels (who seem to be more intent on being newsmakers) are legitimately entitled to present the views of various citizens groups – although it is striking that most of the 'citizens' interviewed are private car owners – but there is also an ethical limit to how the news and views should be presented

The recent front-page headline in the Times of India of April 25, 2008, reads, "IIT dept behind BRT gets funds from bus makers" and accuses "Dinesh Mohan and Geetam Tiwari from IIT-D's Transport Research and Injury Prevention Programme" of being patronised by the "Volvo Education Research Foundation and Ford Motor Company".

We would, firstly, like to point out that it is the Government of India's stated policy to encourage all public science research institutions to raise their own funds from charitable trusts and foundations and industry and not depend solely upon the University Grants Commission – and this is part of the process of 'liberalisation' that has been enthusiastically supported and promoted by the editors of many newspapers, including the Times of India.

Secondly, to resort to this kind of journalistic innuendo that, therefore, all scientific research must inevitably follow the dictates of the funding agencies casts grave aspersions on the character of objective research conducted at recognised world-class institutions like the IIT. Using discredited methods of rapid opinion-polls, which are known to be biased and a popular means of market promotion, the Times of India is challenging a system based on sound scientific research, in a clear effort to protect the interests of a minority of car drivers, without clarifying what is the rational basis for their 'research' methodology, nor what is the source of their inspiration.

We condemn, in no uncertain terms, this violation of journalistic ethics by a daily that claims the pride of being India's widest read English newspaper and demand that the editors immediately publish an unqualified apology to the concerned scientists.

Dear Friends,
If you are interested in getting more details or want the entire issue of the newsletter over the email please write to me at psekhsaria@gmail.com
thanks
Pankaj 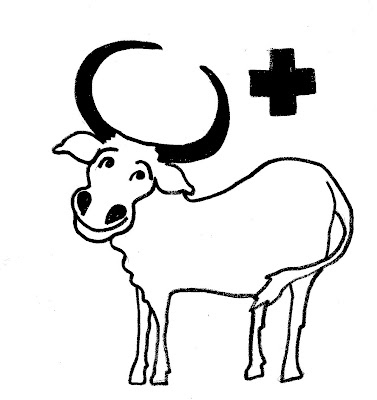 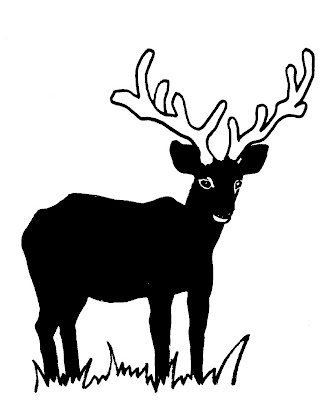 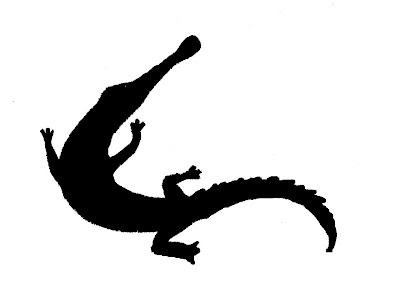 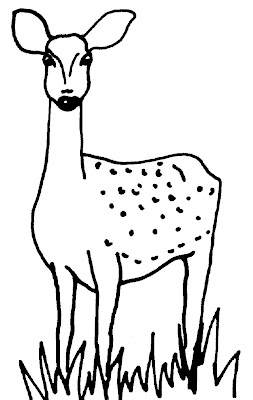 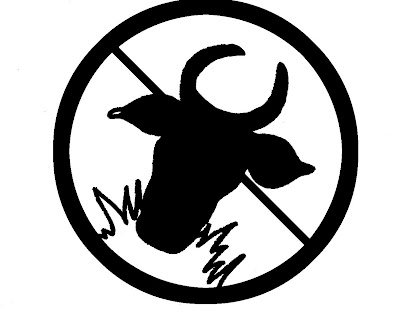 UTTAR PRADESH
Villages to be shifted out of Dudhwa 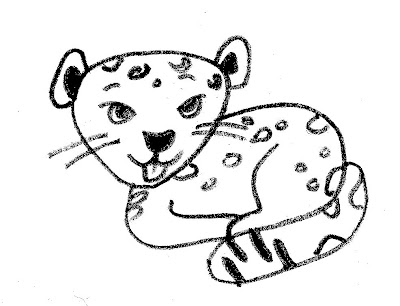 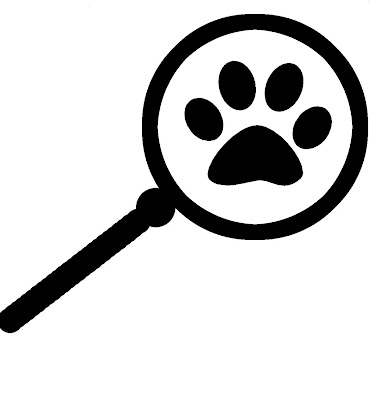 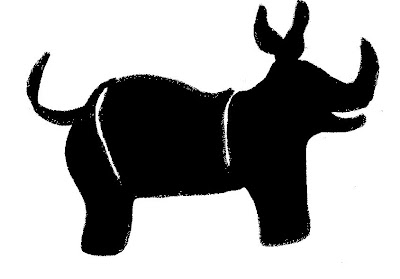 News from the two strongholds of the Asian Rhino, the Kaziranga National Park in Assam and the protected areas of Nepal presents a strikingly different and interesting scenario. The year 2007 was one of the worst in recent times as far as rhino poaching in Kaziranga was concerned. Nearly 20 of these endangered animals were poached (mainly shot) in and around the grasslands of the park (PA Update Vol XIII, No. 6). The situation in Nepal, in contrast, turned up looking very good for 2007 as will be seen in the news reports below. Only two rhinos, one each in the Chitwan and Bardia National Parks were reported poached.
Move just a year into the past and the situation that we had was completely the opposite. What 2007 has been for Kaziranga, 2006 seems to have been for rhinos of Nepal. At least 20 rhinos were poached in Nepal in 2006, 14 in Chitwan alone. The Bardia National Park, which has been one of the sites of rhino re-introduction in Nepal lost a staggering 67 rhinos in the three-year period from 2003-2006.
Is there anything that can explain this fluctuating of fortunes and the sudden and complete reversal of situations on the ground? Many say that the troubled years of insurgency in Nepal meant that the administrative mechanism and protection forces were simply unable to operate. In many instances these had to be pulled out completely and this led to a spurt in poaching activity (PA Update XII, No. 4 & No. 55) Nepal is believed to have one of the most successful community protection of forests, but this does not seem to have helped the rhino. There have been reports in recent times, in fact, suggesting increased involvement in rhino poaching of the fringe villagers of the Chitwan NP. Nearly half the rhinos poached here in 2006 were in forests managed by communities (PA Updates Vol XIII, Nos. 4 & 1). The situation in 2007 seems to have improved because of the stabilization of the political situation and the possibility of deputing more attention and resources for the protection of forests and wildlife.
If, however, the hardline gun and guard regime is the only one that will succeed, the question that follows is an obvious one. Why did Kaziranga, one of the India’s most prominent wildlife parks and held up all along as a model of how ‘protection’ is the only thing that works, suffer such unprecedented losses in 2007? There have been in recent time, many reports of drastic increases in human – wildlife conflict around Kaziranga and people have suffered many losses because of wildlife. Communities that are not taken into confidence, nor benefit from conservation can only be indifferent to poaching threats at best and actual partners in poaching at worst. Add to this the condition of the frontline field staff and the situation almost explains itself.
The case of the rhino is only illustrative of the complex realities of conservation in a landscape where the nature, magnitude and diversity of threats faced by wildlife and those striving for its protection are becoming increasingly powerful and insidious.
It must, however, be stated at the same time that there are no readymade answers. Also, that in a fast changing reality no one prescription, be it community participation or stricter protection, will necessarily work by itself. The challenge clearly is in finding some kind of an ideal mean, a situation and case specific approach that does not rely predominantly on just one paradigm of conservation.
The effort will have to be a joint and persistent one and the vigil, needless to say, relentless.
***
Protected Area Update
Vol. XIV, No. 2, April 2008 (No. 72)
Editor: PANKAJ Sekhsaria
Illustrations: MADHUVANTI Anantharajan
Produced by: Kalpavriksh
Ideas, comments, news and information may please be sent to the editorial address:
KALPAVRIKSH, Apartment 5, Shri Dutta Krupa, 908 Deccan Gymkhana, Pune 411004, Maharashtra, India. Tel/Fax: 020 – 25654239.
Email: psekhsaria@gmail.com
Website: www.kalpavriksh.org
Production of PA Update 72 has been supported by FOUNDATION FOR ECOLOGICAL SECURITY (FES), Anand. 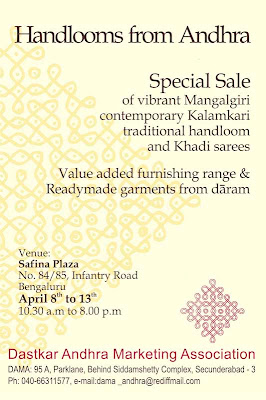 Posted by PANKAJ SEKHSARIA at 2:42 PM 2 comments: Links to this post