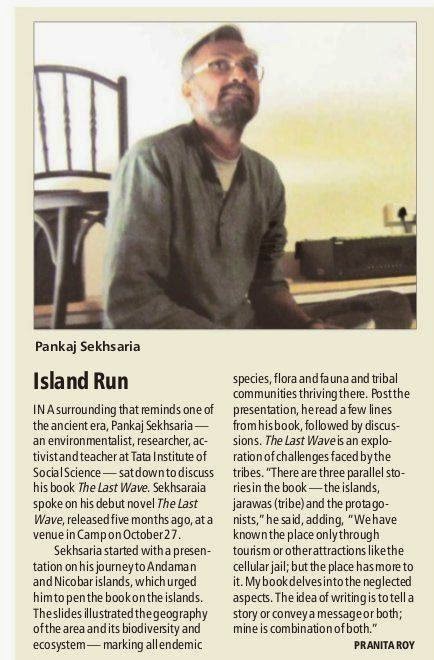 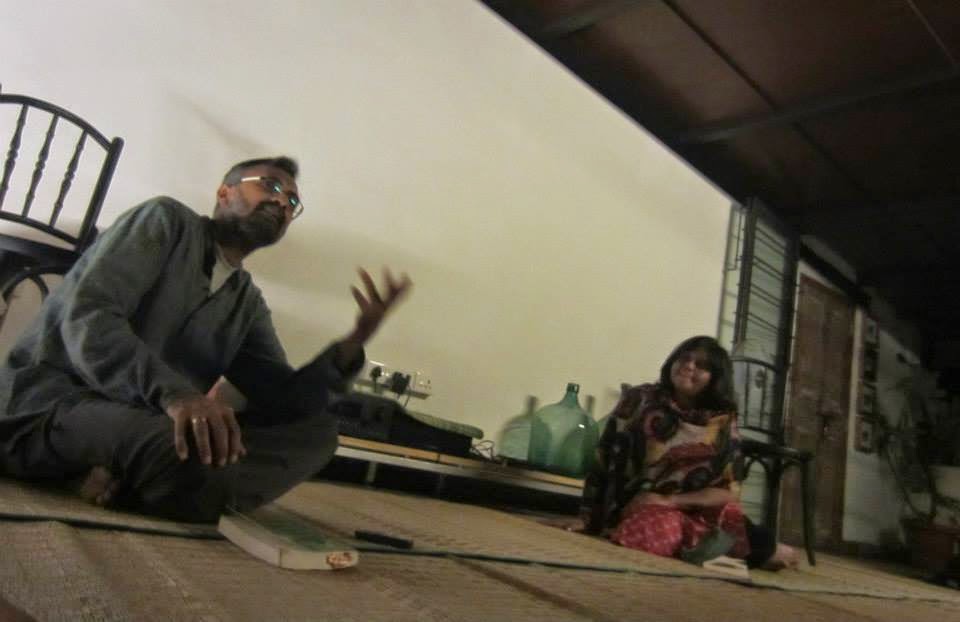 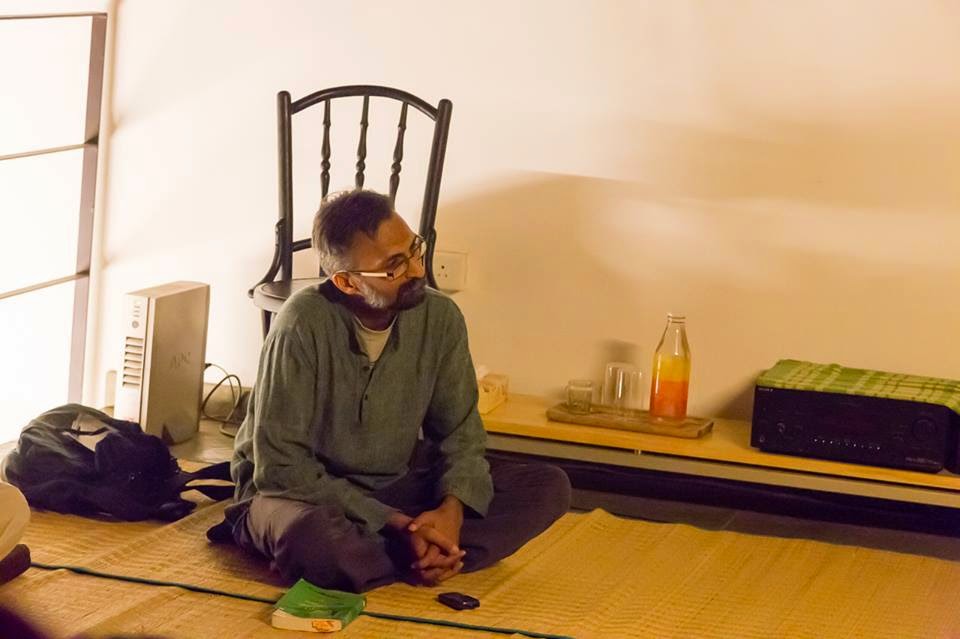 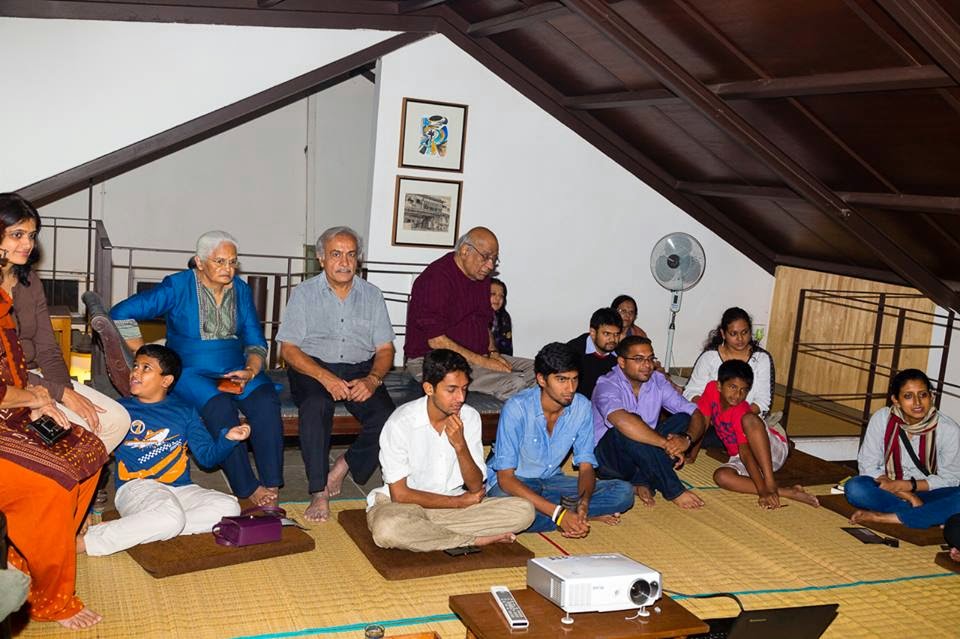 Thanks to Khushru and Rustam for the pics...and to all who came for what what a very nice evening.
Posted by PANKAJ SEKHSARIA at 12:51 PM No comments: Links to this post

Organic Jarawa: An episode in a novel about the Andamans comes eerily close to reality

Organic Jarawa: An episode in a novel about the Andamans comes eerily close to reality

http://www.thenewsminute.com/lives/400#.VEzCPc8zIRY.facebook
The News Minute | October 26, 2014 | 10.54 am IST
The question of how two French filmmakers ventured into the Jarawa Reserve to make a film, has uncanny parallels with a novel about the Andamans published in May this year.
French filmmaker Alexandre Dereims has been in and out of the reserve for three years, filming within the reserve into which entry is restricted. Following news reports about the film first by Andamanchronicle.net editor Denis Giles, the local administration has lodged cases against the filmmakes and has also sent them a notice restraining the release of the film.

This incident, bears striking resemblance to one of the sub-plots in the novel The Last Wave, authored by journalist, researcher and photographer Pankaj Sekhsaria. Published in May, the novel is about the Andaman Islands and its people. The Jarawas are central to the novel.
In an interview with The News Minute in August, Sekhsaria described his novel in these terms: “If you see in the novel, one never really enters the Jarawa forests. It’s a story about the fringes, about that interface (between the settlers and the Jarawas), the challenges that the cultures face. My attempt is that: What happens when these two cultures interface. I don’t go to either the Jarawas, or to the settlers, even though I know the settler world more.”

This has always been at the heart of the debate about the Jarawas and also the Andamans. Scientists have called the Andaman forests as one of the most pristine forests left on earth, untouched by human activity. Until two decades ago, the Jarawas were hostile to the settlers of the islands, not permitting anyone to enter their forests. Things changed after one encounter in late 1990s, that Sekhsaria wrote about for Frontline, when it first happened.
Sekhsaria has visited the island several times in the last 20 years, and the sub-plots of the novel, are various sides of the “interfaces” among the people, and between the people and the environment.
In the novel, researcher David finds a foreign photographer inside the reserve and loses his temper with the man, who is then forced to leave.
Read: I wrote a novel because I felt this was a story that needed to be told: Pankaj Sekhsaria
In his blog, lastwave, Sekhsaria reproduced this portion of the book with the introduction:
“The ongoing 'Organic Jarawa' documentary making saga has prompted many friends to write in pointing to the uncanny similarity between what's happening now and the episode in 'The Last Wave' involving the British photographer Michael Ross and before that, the French photographer, Henri...”
Read the relevant portion on at the following link  http://pankaj-lastwave.blogspot.in/2014/10/two-intruders-in-last-wave.html


Posted by PANKAJ SEKHSARIA at 6:52 PM No comments: Links to this post

Two Intruders in 'The Last Wave'