“Those who forget history,” it is said, “are condemned to repeat it.” What happens, however, when you forget history, but condemn someone else for it? Where does responsibility lie then and, importantly, what happens to those who are so condemned? The chilling answer can be found if we look at the history and the present of the indigenous communities of the Andaman Islands. One word: “extinction”.

The fate of the Great Andamanese is a classic case in point. In the mid-19th century when the British established the penal settlement in the Andamans, it was estimated that there were at least 5,000 members of the Great Andamanese community that was divided into 10 distinct language and territorial groups. In just a century and a half, the population has come down to a little more than 50; all herded onto the small Strait Island a short distance away from Port Blair.

The damage was mainly done in British times. In his 1899 classic A History of our Relations with the Andamanese, M.V. Portman, the British officer in charge of the Andamanese, describes in a bleak, unnerving record the impact of the 1877 epidemic of measles, the worst to hit the Great Andamanese.

…All the people on Rutland (Island) and Port Campbel are dead, and very few remain in the South Andaman and the Archipelago. The children do not survive in the very few births which do occur, and the present generation may be considered as the last of the aborigines of the Great Andaman…

The story of the Onge of Little Andaman Island is very similar. From nearly 700 in the 1901 census, their number has fallen to about 100 today. While a large part of their 730 sq. km. island home is still called the ‘Onge Tribal Reserve’ the protection is only on paper. The biggest violator, tragically, has been the Indian state that ruthlessly (and illegally) logged the forest home of the Onge for nearly three decades till the Supreme Court put a stop to it in 2002.

From late 1960s onwards, thousands of people from mainland India were sent to Little Andaman Island under a Government of India programme to ‘colonise’ it. From being complete masters of their traditional forests of Little Andaman, the Onges have become outsiders in just four decades. Only the Onge lived on this island in 1965. Today, for every Onge on Little Andaman, there are at least 200 people from outside and the equation is changing even as we read this.

In one of the most bizarre incidents in the islands, eight members of the community died and 16 more were hospitalised after consuming a mysterious liquid that was washed ashore in a jerry can near their Dugong Creek settlement in December 2008. The administration says that the Onge consumed the liquid believing it to be alcohol, but doubts persist. Six months have passed but nothing is known of the liquid or the post mortem reports. Maybe the Onge made a mistake, but the authorities too have shown no urgency in getting to the bottom of the matter. The colonising enterprise has been successful and the annihilated, as we all know, tell no tales. They have no history even.

The story of the Jarawas is complex but follows the same trajectory. Thousands of settlers have been moved into the forests of the Jarawas, huge areas of their traditional forest home turned into agricultural and horticultural fields and the Andaman Trunk Road (ATR) constructed through the heart of Jarawa forests. Over decades, the road became the main channel to remove precious timber from these forests and also the main vector in bringing a whole range of vices to the Jarawa: alcohol, tobacco, gutka, reportedly, even sexual exploitation.

The road has even facilitated a new kind of tourism: “Jarawa tourism” where visitors drive down the ATR hoping to ‘see’ the Jarawa, as if they were some kind of living exhibits in an open air museum. Traffic continues to ply on the road in spite of clear Supreme Court orders in 2002 to close it down. Two epidemics of measles have already hit the Jarawa in the last decade. It can only be a small consolation that they were not wiped out like the Great Andamanese a little more than a century ago.

I recently heard a fascinating presentation on the language of the Great Andamanese by Dr. Anvita Abbi, Professor of Linguistics at the Jawaharlal Nehru University. It showed new ways of how the world can be perceived, of a different understanding of the universe, of an experience of life and creation, which is as fascinating as it is strikingly original. The calamity struck when the presenter informed that only four of the original Great Andamanese languages are still spoken and, tragically, only six people live who can still speak the language of their ancestors That day I also learnt something else that was new — the first thing that dies when a language dies are the songs of a people!

When the non-profit organisation Terralingua mapped the distribution of languages against a map of the world’s biodiversity, it found that the places with the highest concentration of plants and animals, such as the Amazon Basin and the island of New Guinea, were also where people spoke the most languages. There is a deeper link between culture, language and biodiversity than we seem to know. Nothing will remain if these people and their cultures are exterminated.

Extinction is not only for the plants, the animals, the birds and the bees. It is also what humans to do other humans and in what they do to themselves as well. Every extinction, be it in the world of the wild or of something human is the loss of a part of our very own.

On renaming of islands in the Andaman and Nicobar
Posted by PANKAJ SEKHSARIA at 12:46 PM No comments: Links to this post

Dear Friends,
Here is the list of contents and editorial of the new issue of the
Protected Area Update - Vol XV, No. 4, August 2009 (No. 80). If you would like to receive
the entire PA Update over the email please write to me.


LIST OF CONTENTS
EDITORIAL
A new minister at the helm

HIMACHAL PRADESH
Panel says no to scrapping of sanctuaries 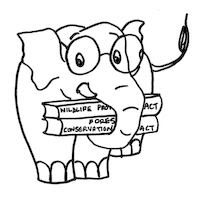 SIKKIM
Forest fires across the state in March 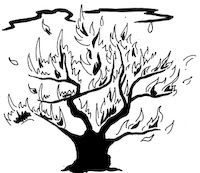 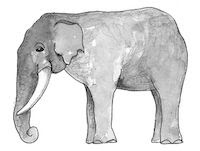 A NEW MINISTER AT THE HELM

Ever since the new government was sworn in, there has been a flurry of activity on the environment front. The new Union Minister for Environment and Forests, Mr. Jairam Ramesh has certainly been very active, as he has gone around the country meeting officials, people’s representatives and NGOs alike.
The developments and his pronouncements too have been wide ranging – covering a diversity of issues that include the proposed Coastal Zone Management regime (allowing for its lapse), ensuring that provisions of the Forest Rights Act are met prior to seeking diversion of forest lands under the Forest Conservation Act; a change in the structure and operation of the CAMPA fund; engagement with a range of actors on provisions of the Biological Diversity Act (BDA) and more resources and steps for wildlife conservation in general and the tiger in particular.
There are still initial days, but clearly, those working on matters of livelihood security, issues of the environment and wildlife protection see a glimmer of hope in all that has been happening. It has been clear that over the years there has been a relentless assault at the hands of a development paradigm that only understands the language of industrialization, urbanization and growth in the GDP. This, therefore, will also then be the location of the biggest challenge for the new minister and the new government.
The undeniable reality is that the Ministry of Environment and Forests (MoEF) and the concerns it is supposed to advance have been at the bottom of the priorities of successive governments for a long time. If anything, the MoEF has been considered an unnecessary irritant in the path of development and economic growth - a line of thinking that is not going away very soon. Dealing with particular legislations or policy frameworks, while necessary, is not what is going to stem the rot. There has to be an attempt at dealing with, or at least questioning the fundamental issues related to ‘development’. In the current political and economic climate it will not be the easiest thing to do, but then if there is one space and Ministry that can even start the process it is without doubt, the MoEF.
The developments are, certainly, going to be watched with deep interest as they unfold. 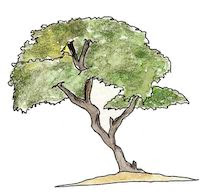 Posted by PANKAJ SEKHSARIA at 4:03 PM No comments: Links to this post 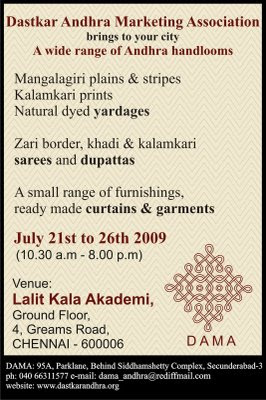 Posted by PANKAJ SEKHSARIA at 9:22 AM No comments: Links to this post