There's Danger in the Air

The Bed Of The Yamuna... 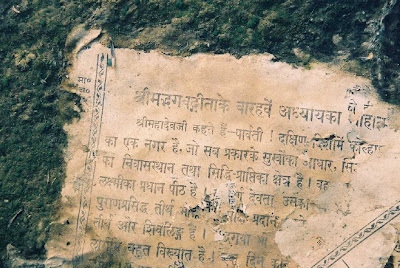 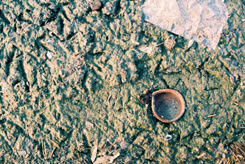 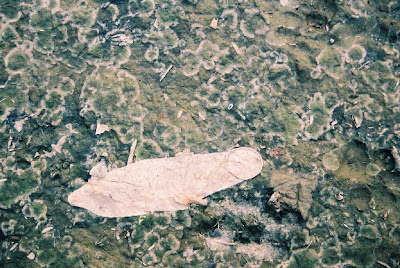 THE BED OF THE YAMUNA…

The great civilisations of the world, we all know, grew on the banks of the great rivers of the world. Many of the most important cities that human beings created were also located on the banks of these very rivers. There is nothing surprising about this, for rivers sustain. By their very nature, by the water that they bring and the fertility that they spread. Across civilisations therefore, rivers have always been respected and venerated - the mother, the giver of all sustenance and life.

Civilisations, it is said, can be judged by a number of ways. One is how you treat the most vulnerable and disprivileged in their societies. Another by the quantity and kind of garbage that is created and even another by how you treat your rivers.
And when you make your rivers the repositories of the garbage that you have created, it the worst of the two that are being married together.

The Yamuna, as it passes through the capital of the country is one good place to see what's happening. A day spent along, or even on the marshy bed of the river could be a lesson of a lifetime. There are myriad plants that still flourish in the stinky polluted waters; birds of all hues still flit amongst the big and small bushes; thousands of migratory waterfowl still make these waters their home every winter; the humans are there and so is their agriculture, their cattle, and yes, their waste.

All these leave behind their messages, their images and their signatures.

In a sense, what we do a river we do to ourselves.


The photofeature was first published in TERRAGREEN, Vol 3, Issue 4, Jan-Mar. 2007
Posted by PANKAJ SEKHSARIA at 1:12 PM No comments: Links to this post

Moving on from a cataclysm

Moving on from a cataclysm
Text and Photographs by Pankaj Sekhsaria

If there is a single day for which the Andaman and Nicobar Islands will be forever remembered, it is undoubtedly 26 December 2004. For the small chain of islands located far from mainland India, this was a tryst with a cataclysm, as huge waves engulfed the coasts with unforgiving power and ferocity.
Official estimates suggest that nearly 3500 people were washed away on that day, while about 8000 hectares of horticultural and agricultural land were permanently submerged. Two years later, there are no clear answers as to how the recovery process is proceeding. Part of the reason for this is because the islands are an extremely complex place – geographically, logistically, demographically and culturally. Not only are the Nicobars distinctly unique from the Andamans, but there are substantial differences even between the islands that make up each group. The earthquake and tsunami of 2004 also meted out different treatments to the various islands – to their respective ecologies and to the human communities, if any, that inhabit them.
Less than 10 percent of the over 500 islands constituting the Andaman and Nicobar group have human communities. The rest are uninhabited. In more ways than one, then, the impact of December 2004 can only be considered a natural phenomenon. Indeed, it has been argued that this is precisely the type of event that could, over a geological timescale, have been responsible for creating the islands in the first place.
Due to a host of complex phenomena, it was the Nicobars that were the worst hit by the tsunami. Each and every member of the indigenous Nicobari community of nearly 40,000 was affected. And yes, the process of rehabilitation is far from over. It has, in fact, barely begun.
One of the least-known aspects of the disaster of December 2004 is the fact that the earthquake that catalysed the tsunami also caused a permanent and vast transformation to the coastline of the islands, particularly in the Nicobars. With a pivot located roughly around Port Blair, the Andaman Islands were thrust upwards by five feet in the extreme north, whereas the Nicobars subsided by anywhere from five to 15 feet. This is a permanent change, the likes of which are rarely, if ever, seen.

Posted by PANKAJ SEKHSARIA at 2:52 PM 3 comments: Links to this post

PILGRIMS and PAs
Many protected areas across the country, be it the Sanjay Gandhi National Park and Bhimashankar Wildlife Sanctuary in Maharashtra, the Sariska and Ranthambore Tiger Reserves in Rajasthan, Gir in Gujarat, the Periyar Tiger Reserve in Kerala or the Biligiri Ranga Temple Sanctuary in Karnataka have one thing that binds them.Deep in the heart of these PAs with rich forests and a diversity of wildlife are important and extremely popular places for worship; sites that are revered and visited by lakhs of pilgrims every year. In many places the traffic of the devout is a steady, regular stream flowing through the year. On special occasions like the recently passed Mahashivratri this stream becomes a flood and lakhs of visitors descend to these areas.The pressure this creates on the forests, the wildlife and basic amenities like water and sanitation can well be imagined. It can also be argued that changing times and values are destroying the very sanctity that made them sacred in the first place. What is also clear is that we have little understanding or capacity to deal with these situations and particularly so because these are within areas kept aside for wildlife.Some efforts, however, are being made like we saw on the occasion of Mahashivratri in Maharashtra in February (see stories below). We also know of initiatives from other places like Periyar where there are joint efforts with the local communities to deal with this specific situation of a huge number of pilgrims.For a deeply religious country like India the challenges and questions that this throws to us are, of course, huge and daunting. Can we have a pilgrimage in forest areas that is different from what we see elsewhere? How can the communities, both the local residents and the visiting thousands, be part of the solution? Can we conceptualise and execute systems that make a difference? Can / does the conservation community see this as an opportunity of educating the huge numbers a little more about the animals, the forests and their importance? Can NGOs, the Forest Department and other interested parties come together to send back a pilgrim who is a little more aware of the environment and sensitive to the imperatives of conservation.A good starting point might be an effort to comprehensively document such situations and also the small and scattered efforts that are indeed being made. There might be lessons to learn and share.The questions, needless to say, are easy to ask; the solutions, if any, will be extremely tough.

Issues of the Protected Area can be accessed at http://www.sanctuaryasia.com/resources/paupdate/index.php

Production of PA Update 66 has been supported by Foundation for Ecological Security (FES), Anand.
Posted by PANKAJ SEKHSARIA at 2:18 PM No comments: Links to this post