Here are the list of contents and the editorial for the new issue of the Protected Area Update (August 2012). If you would like to receive the entire PA Update in its soft copy format please write to me at psekhsaria@gmail.com

GUJARAT
- Gujarat FD in dilemma; paying compensation to those who harass lions 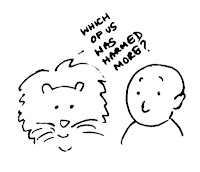 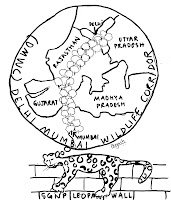 - Hi-tech digital cameras to be installed in Sanjay Gandhi NP 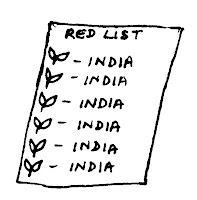 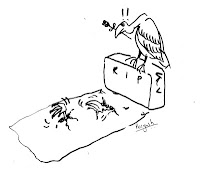 - The tiger tourism debate is on fire -

In an order that will have far reaching consequences, the Supreme Court imposed a blanket ban on tourism in the core areas of tiger reserves with immediate effect on July 24. The order is up for review within three weeks but the stage has been set for a period of considerable turmoil in matters related to wildlife tourism, particularly that where the tiger is involved.
There has been wide coverage of the development in the print and electronic media and the virtual world too has come alive with opinions, claims, allegations and counter allegations. A large section of the wildlife conservation community has been quite outraged and this is an important comment on the political economy of wildlife conservation as also of the wildlife tourism industry.
One prominent wildlife photographer and hotelier posted a photo of a dead tiger on facebook with a prominent caption – ‘Tourism did not kill him – goat herders did’. Other comments have expressed indignation at a situation where villagers will be allowed to stay inside, but tourism will have to leave. It is noteworthy that wildlife conservation and tourism is implicated in an interesting and important overlap of interests. Those wanting conservation of wildlife are increasingly benefitting from it as tourism operators or then as consumers of a wild experience.
The case has been made for a very long time that tourism benefits wildlife because it constitutes non-consumptive use of the resource that can also benefit local communities in the process and 2ndly, that tourist presence denies poachers the chance to get at their quarry. The simplicity of these arguments conceals the fault lines of a situation that is far more nuanced and complex both, on the ground as well as in the policy domain. While conservation has been projected as an important national agenda, there is no denying that in the present paradigm it’s majority stake is restricted to a small section of the urban middle and upper-middle class.
There is also much evidence of the hardships experienced by and atrocities inflicted on local communities in the name of conservation. Ironically, the same paradigm is expected to benefit the same people from the same wildlife conservation, albeit through the tourism route. It is unlikely that the math will add up!
And this, as has been pointed out by many, is only a small part of the overall economic paradigm where everything is meant for consumption; where GDP and economic growth takes precedence over everything else and where even wildlife and conservation will have to pay for itself. Banning tourism is, perhaps, not the solution. If, however, the parameters of the debate and the discussions around conservation are themselves not re-negotiated, there is unlikely to be much progress.
For many proponents, tourism, if done sensitively, is part of the solution to the many conservation related challenges we face today. For the moment however, the shoe is on the other foot. The solution has become the problem and the SC order should be welcomed for the debate it has fostered and a new perspective it could potentially engineer. Whether this results in a wash-out or in a shake-out is something we have to wait and watch. And for a change, this particular wait is unlikely to be a long one!

THE 'PA UPDATES FOR A 1000 FOREST STAFF' Initiative

As an effort at increasing the readership of the PA Update, particularly amongst the forest and wildlife staff, those at the very frontlines of conservation effort, we are launching this 'PA Updates for a 1000 forest staff' initiative.
It has been prompted by feedback to us that field staff often do not know what is happening in the policy arena, in other parts of the country and sometimes even in their own backyard.
We have set ourselves a target of being able to raise enough resources in six months time so that the 100th issue of the PA Update will go out to a set of 1000 forest staff with your support. We would like to request and encourage you to subscribe to the PA Update on behalf of forest staff - the more you can support the better. You tell us which particular state, region, protected area or particular individual or office in the forest staff you would like to reach out to and we will use your gift subscription to send the PA Update to that person or set of persons for a period of one year.
The annual subscription for this initiative of the PA Update will be only Rs. 100/-. You can support 100 such subscriptions or you can support just one!
We are sure you will agree that this is a campaign worth undertaking and that we will also get your support and contributions for this. If you need any more information or details, please do let me know. Please also circulate this widely on other networks that you might be part of and send us suggestions or ideas of how to make this successful are very welcome indeed.

Posted by PANKAJ SEKHSARIA at 12:22 PM No comments: Links to this post