News and Information from protected areas in and South Asia

Some lessons from Gir 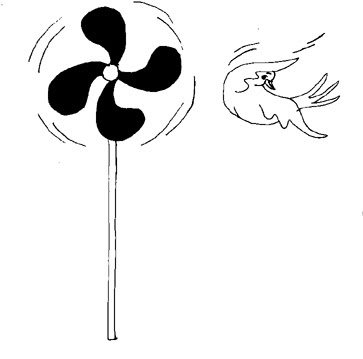 -Tadoba Andhari TR’s Kolara Gate to be opened for tourists 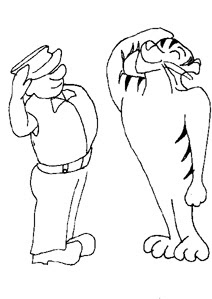 EDITORIAL
SOME LESSONS FROM GIR
If one goes by news reports of the last couple of months (see stories from Gujarat in this issue of the PA Update), a lot has been happening in the lion forests of Gir. A number of measures have been proposed or are being implemented by the Gujarat Government and the Forest Department for the protection of lions. There is a recruitment drive in Gir to add new protection staff and to fill up posts that have been lying empty for a long while. There is a realization that the average age of staff is on the higher side and unless younger people are brought in, protection work will suffer.
The State has decided to set up a Wildlife Crime Cell to track and deal with poaching and other wildlife related crimes and there is now going to a ten member monthly monitoring committee to constantly keep an on the happenings in and around the forests here. Officers and staff are being given better equipment, more vehicles and the communication infrastructure too is being improved.
Additional efforts are reportedly being made to work with the local communities with a ‘vanyaprani mitra’ scheme and by recruiting them as informers. An insurance scheme is also being put in place for the forest staff.
At one level it all seems welcome; it’s good that vacant posts are being filled, that younger staff is being recruited, that they are being adequately equipped, that a safety net with an insurance cover is being put in place and there is an acknowledgement of the need to work with local communities.
What is very striking, however, is that the initiatives appear to have come like a sudden torrent and that too measures that should have always been in place. What can be the justification for posts lying vacant, for protection staff to be working with inadequate equipment or security? Why do we expect that our forests and our wildlife will be protected when this is the ground situation? Why is that that these lacunae are noticed only after a disaster strikes, after nearly a dozen lions have been killed in an unprecedented spate of poaching incidents; after the proverbial horse has already bolted?
The lesson here is one that needs to be taken across the country. Forest Departments and protected areas across most, if not all, states in the country have been complaining of exactly the situation that is now being corrected in Gir.
It is not that an acknowledgement of the situation does not exist. The recent meeting of the Tiger Reserve Directors held in June in Ranthambore Tiger Reserve (see page 19) lists out pretty much the same problems. It is important that these be addressed and corrective action be taken at the earliest. It is unrealistic otherwise to expect that those at the forefront of protecting our increasingly threatened wildlife will be effective or be able to perform. That is the minimum we owe them and it is certainly not too much.

THE PA UPDATE NEEDS YOUR SUPPORT
It was around the same time last year that we had sent out a similar appeal for support for the Protected Area Update. Many readers and organizations had responded positively, which itself was an indication to us that the PA Update is useful and we have a number of well wishers.
The Foundation for Ecological Security continues to be our biggest supporter and has willingly agreed to provide a majority of the funding for the PA Update for another year. Just like last year, however, we are still short by about a 30% of the budget.
There are various ways, big and small, in which we can be helped. Individual readers are urged to send in their contribution as subscription. These are small amounts but if we receive a large number the help will be great. Organisations like Forest Departments and NGOs can avail of the bulk subscription method where we can together reach out to a larger number of people as well.
We also have back issues of the Update is a simple hard bound three volume set that would be a very valuable resource base for researchers, officials, activists or anybody else interested in getting a comprehensive picture of what has happened in the country’s PA network over the last few years.
I do hope you will consider contributing. For any further details or clarifications please do write to me. We would also welcome any other ideas that you might have for us.

good initiative that i chanced upon recently:)