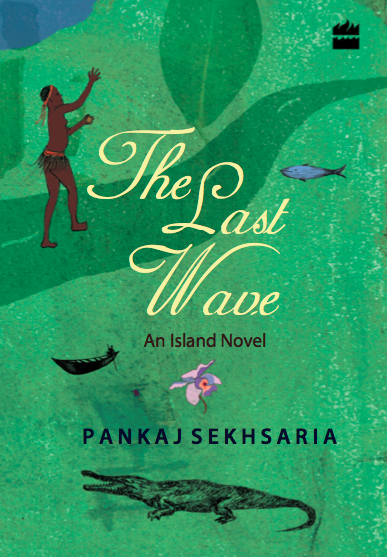 "This was the Andamans in the 1920s, an excitingly important decade where new flavours from elsewhere were being added to the stew all the time – the Moplahs from the Malabar who came to the islands after their rebellion against the British; the wandering Bhantus from the fertile Gangetic plains, forced to flee as they were being implicated and regularly persecuted for being thugs and dacoits; and even a sizeable number of families from Buddhist Burma.

Officers of the Empire, as always, were busy with a host of their own activities: missions to remote parts of these islands, attempts to establish contact with the dangerous natives of the dense forests and elaborate expeditions for botanical and zoological studies. One official had even helped organize the local borns into the Local Borns’ Association.
At the same time, the Great Indian Railway project on the mainland and demands of the British Navy meant that timber extraction in the rich forests on the islands grew rapidly and a need arose to induct new labour and expertise into the Forest Department. The rulers looked in both directions to get their work-force from – the thickly forested Chhota Nagpur Plateau on mainland India in the west and the famous teak forests of Burma in the east. The Church was forever willing to oblige the empire, and it soon became the recruiting ground for those to be brought to the islands with promises of plenty and prosperity. The Mundas, Oraons and Santhals were recruited through the Church in Ranchi, and came, ingenuously, to be called the ‘Ranchis’ in the islands. The Karens, Christians from the Baptist Mission, too were brought in from Bassein in Burma under the supervision of the Reverend Father Lugyi and the leadership, in fact, of Uncle Pame’s father.

Not surprisingly, when the decade of the twenties slid into the next one, nearly thirty different languages were being spoken by the 20,000-odd people inhabiting the Andamans – Urdu, Hindi, Bengali, Tamil, Andamanese, Telugu, Malayalam, Burmese, even Pashto. The islands had truly become a cultural melting point. Over time, customs and rituals fused. Some were lost completely, while others were created anew, hybridizing rapidly with Darwinian enthusiasm, creating a new community that kept growing newer as the decades marched on.

The Moplas, the Bhantus, the Bengalis, the Karens, the Local Borns had all, individually or together, been put away and forgotten as irrelevant deposits of the colonial project – a forgetfulness that Seema had an intuitive discomfort with. These identities had not only charted the trajectories of the islands, they had shaped the very contours of the land – rich stories and enduring legacies. Yet, those pasts were considered barely significant?
The relatively classless and secular community of the Local Borns had grown in number and continued to maintain its original character right till Seema’s time. Nearly 40,000 strong now, they formed an important part of the island’s population and claimed the islands to be both their land of birth and action – janam and karam. The islands, for them, were home.

Many of Seema’s generation were now moving to the mainland. They were very aware of their origins, of what might have been called the illegitimate conception of her own great grandfather. But this did not matter. There was no shame in their history. Instead, there was pride that they had shaped the islands, that they were the pioneers. Many, however, did not know what to do on the islands, finding it too small and constrained, and having moved out, were determined to stay away.
Like others of her generation, Seema too wanted to explore the world and had stepped out. Unlike most of them, however, she was equally interested in their own history, her history – the stories of the people and the place she belonged to. Hers became a reverse focus, a re-inverted lens. For her it didn’t seem right that the Andamans merited only a few paragraphs in an Indian history and merely footnotes in the British one. There was more, much more to these islands and the islanders.

Posted by PANKAJ SEKHSARIA at 1:22 PM