The Last Wave - An Island Novel 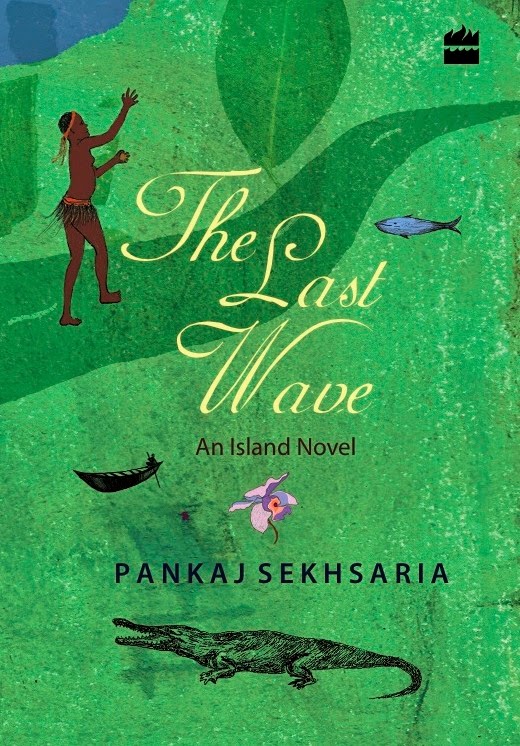 I am delighted to announce the publication of my first novel, a story based entirely in the Andaman Islands. It is titled  'The Last Wave - An Island Novel' and has been published by Harper Collins India. The book is deeply an ecological story but also centrally about the history, geography and the people of these islands - you'll get a sense of it from the blurb appears at the back of the book (see below)
The book should be stores across India in a couple of weeks and it's just gone up on Flipkart and is available at a special pre-publication price. Click here to order

Do certainly check it out. It will shortly be available on amazon too and a ebook version will be out soon as well. I am also trying different ways to make the book available in the islands as well and if anyone has suggestions on how than can/should be done, please surely let me know. I'm also going to keep my facebook page, twitter account and blog busy and occupied with things, discussions, pics etc. related to the book, so do follow.

Here is the blurb from the back of the book:

The Last Wave - An Island Novel

Ever the aimless drifter, Harish finds the anchor his life needs in a chance encounter with members of the ancient and threatened - Jarawa community-the 'original people' of the Andaman Islands and its tropical rain forests. As he observes the slow but sure destruction of everything the Jarawa require for their survival, Harish is moved by a need to understand, to do something. His unlikely friend and partner on this quest is uncle Pame, a seventy-year-old Karen boatman whose father was brought to the islands from Burma by the British in the 1920s.

The islands also bring him to Seema, a 'local born'-a descendant of the convicts who were lodged in the infamous cellular jail of port Blair. Seema has seen the world, but unlike most educated islanders of her generation, she has decided to return home. Harishs earnestness, his fascination and growing love for the islands, their shared attempt to understand the Jarawa and the loss of her own first love, all draw Seema closer to Harish.

As many things seem to fall in place and parallel journeys converge, an unknown contender appears-the giant tsunami of December 2004. The last wave is a story of lost loves, but also of a culture, a community, an ecology poised on the sharp edge of time and history.
Posted by PANKAJ SEKHSARIA at 3:34 PM