Prof Wiebe E Bijker is perhaps best known for the formulation of the theory of the Social Construction of Technology (SCOT) and his first book, 'Of Bicycles, Bakelites and Bulbs — Toward a theory of Sociotechnical change'. He has been president of the Society for the Social Studies of Science (4S) and executive committee member of the Society for the History of Technology (SHOT). He received the 2006 John Desmond Bernal Prize for his distinguished contribution to the field of science and technology studies. He is one of the editors for the Inside Technology book series published by the MIT Press, Massachusetts, and is presently Professor of Technology and Society at Maastricht University in the Netherlands. He gave one of the keynote addresses at the seminar ‘Shifting Perimeters: Social and Ethical Implications on Human Genome Research’ organised by the Indian Institute of Advanced Study (IIAS) and the National Institute of Advanced Studies (NIAS) in Bangalore this week.

In this interview, he talks about his latest book, The Paradox of Scientific Authority, his views on the social construction of science and technology and his growing interest in and engagement with India.

Q) Let’s start from the most recent — The Paradox of Scientific Authority — The Role of Scientific Advice in Democracies — your latest book written jointly with Roland Bal and Ruud Hendriks. What is this paradox of scientific authority?
A) We presently live in highly developed societies, technological cultures, that cannot exist without science and technology. At the same time we see in Europe and the United States of America that this authority of scientists and engineers is eroding. It is radically different from the situation 20-30 years ago. We are seeing this around issues related to nuclear power, genetic engineering and, most recently, in the controversy over the report of the Inter Governmental Panel on Climate Change. Now, that is the paradox that we talk about. How is it possible that we live in a world that is so scientific and technological, and yet at the same time we don’t trust the scientists and the engineers anymore?

Q) What then explains this paradox? What has changed in the last 30 years that this authority has come under question?
A) I think there is an increasing trend of questioning of authority — more positively framed, a broader democratisation.

Q) Of society?
A) That’s right. Authorities and institutions aren’t trusted anymore just because they have some fancy name or because they are government-supported. In the 1970s and 1980s, a lot of work in the field that I am working in, science technology and society (STS) studies, was aimed at showing the limitations of scientific knowledge — to allow for a more critical and democratic discussion of issues in which science and technology play a role. There was a lot of effort to show the socially constructed nature of scientific knowledge; that scientific knowledge isn’t dictated by nature. Nature isn’t holding the hand of scientists and writing the facts for them. No. It is scientists who design experiments, who interpret data, who discuss the interpretations of these experiments and their results. There is all this human work that goes into creating scientific facts, that then also opens them up for critical debate.

Q) How do you think The Paradox… is relevant to other situations, say to a country like India?
A) One way of resolving the paradox, we suggest, is to create pockets of scientific advice that function as a kind of bridge between the scientific community and arenas of debate and policy-making — institutions like the Health Council of the Netherlands that we discuss in our book and the Academy of Sciences in the USA. This may be surprisingly relevant in India, even though until recently scientists and engineers in India seemed to have an unquestioned, high status.
Take the Bt Brinjal case. It clearly shows a very deep rift in society about this one example of modern science and technology. This is typically the situation where a high quality independent scientific body could have played an important role and I was happy to hear that the Indian Academies of Science were asked for advice. But it is clear that they failed in what was, I think, a golden opportunity to play the kind of important advisory role in democracy that we describe in this book. I think that this failure has not only damaged the Indian debate on Bt Brinjal, but also the general appreciation of scientific authority in India.

Q) Can you also tell us a little more of your increased engagement with India? How did it come about and what are your present research interests?
A) I first came to India about six years ago on the invitation of Dr Shambu Prasad of the Xavier Institute of Management, Bhubaneswar, to visit some research institutes that were working at the crossroads of technology and society. I met Indian scientists and also Indian NGOs that work on science and technology related issues. Dastkar Andhra, for example, working with handloom weaving cooperatives, trying to innovate technology, design, marketing and the social infrastructure to help the weavers build up new stable livelihoods. I also met people from the Centre for World Solidarity (CWS), the Centre for Sustainable Agriculture (CSA), and the Central University in Hyderabad. I was fascinated by the work going on in India — what I would call ‘science technology and society studies (STS)’ work, though they didn’t use that label themselves. I realised that there is a lot that we in Europe can learn from India about the larger democratic questions of science and technology in and for society. That is what got me going.

Q) And what have been the specific areas that you’ve been working on in India?
A) I have been supervising three European students who have been working on their PhDs in India. One has worked intensely with CSA and studied their efforts to upscale non-pesticide crop management. Another has been studying tuberculosis in India and the most recent is presently studying democratic governance of water resource management in south India.

Q) And the manifesto…
A) Yes, we are now in the final stages of a larger European Union-funded project that works on the triangle of India, Europe and Africa. We want to find out how countries can take into their own hands the development of their science and technology, rather than just following, say, the US or world trends. In India we worked with a broad set of, both, academics and more NGO-related Indian researchers. In a workshop held two years ago in the Adivasi Academy, Tejgadh in Gujarat, we formulated the first draft of the manifesto. The manifesto takes as its central agenda the principles of justice, sustainability and plurality of knowledge. It very explicitly formulates that there are different kinds of knowledge and that they all have their own merit; that they develop in parallel and that scientific knowledge is just one of them though with its own importance and merit. We are now re-writing it by including experiences from concrete case studies on sustainable agriculture, on water management, on reconstructing the built environment after the tsunami, and on medical care. We’ll be presenting it in 2011 and hopefully it will spur further discussions and debate.

Q) And your future plans for India?
A) I hope to keep working myself and through my students. Hopefully, we’ll also have a separate India Inside Technology series co-published by the MIT press and a local publisher to bring to India some of the published work in science, technology and society studies. 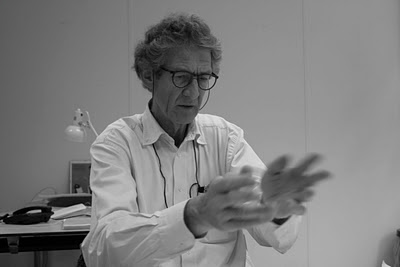 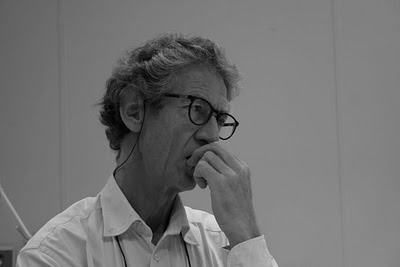 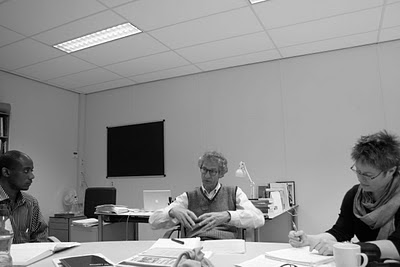 Posted by PANKAJ SEKHSARIA at 11:09 AM